The Request Callback from queue component enables the callers to be called back later without losing their place in the assignment queue. The callback can be made to: 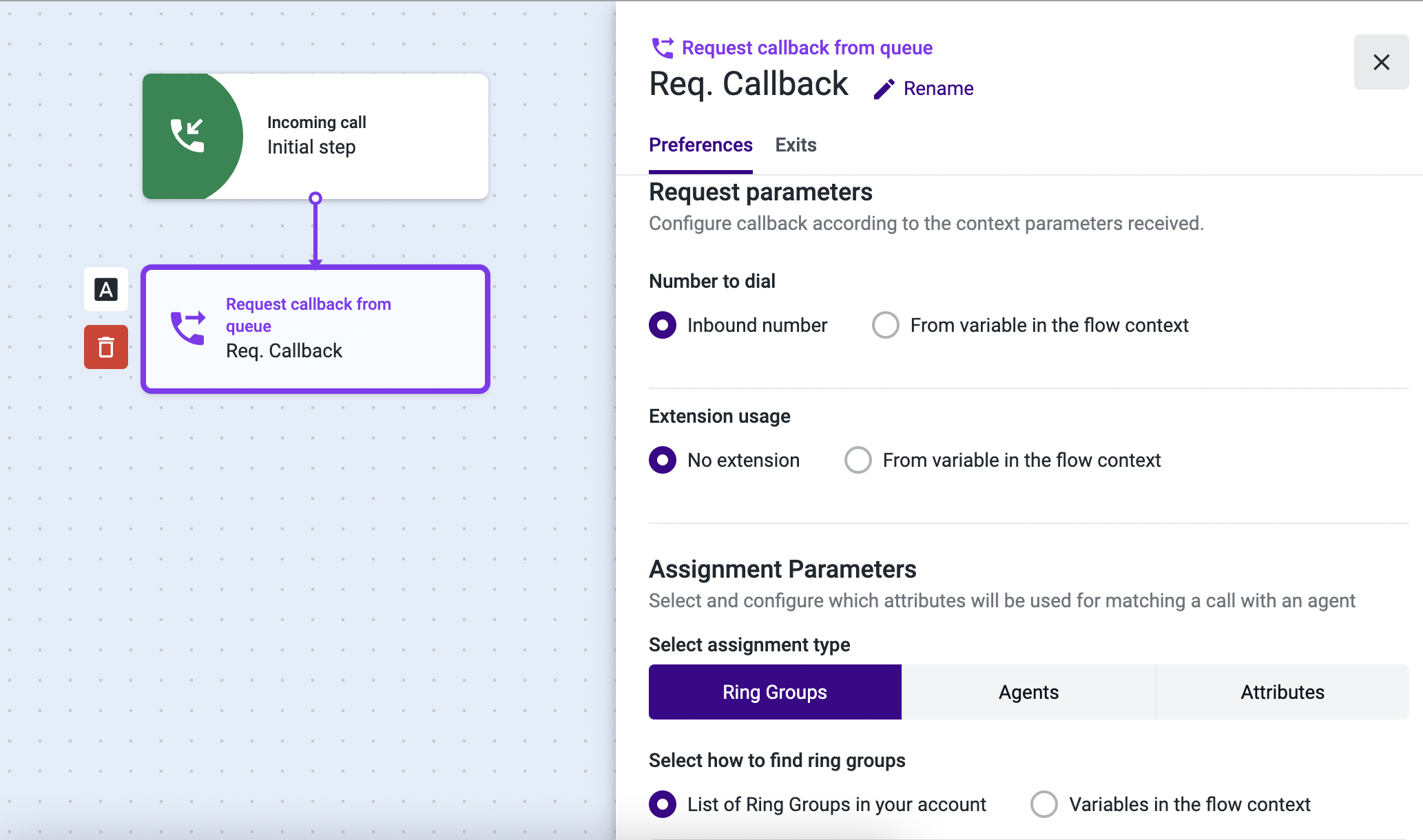 How does it work in Studio? 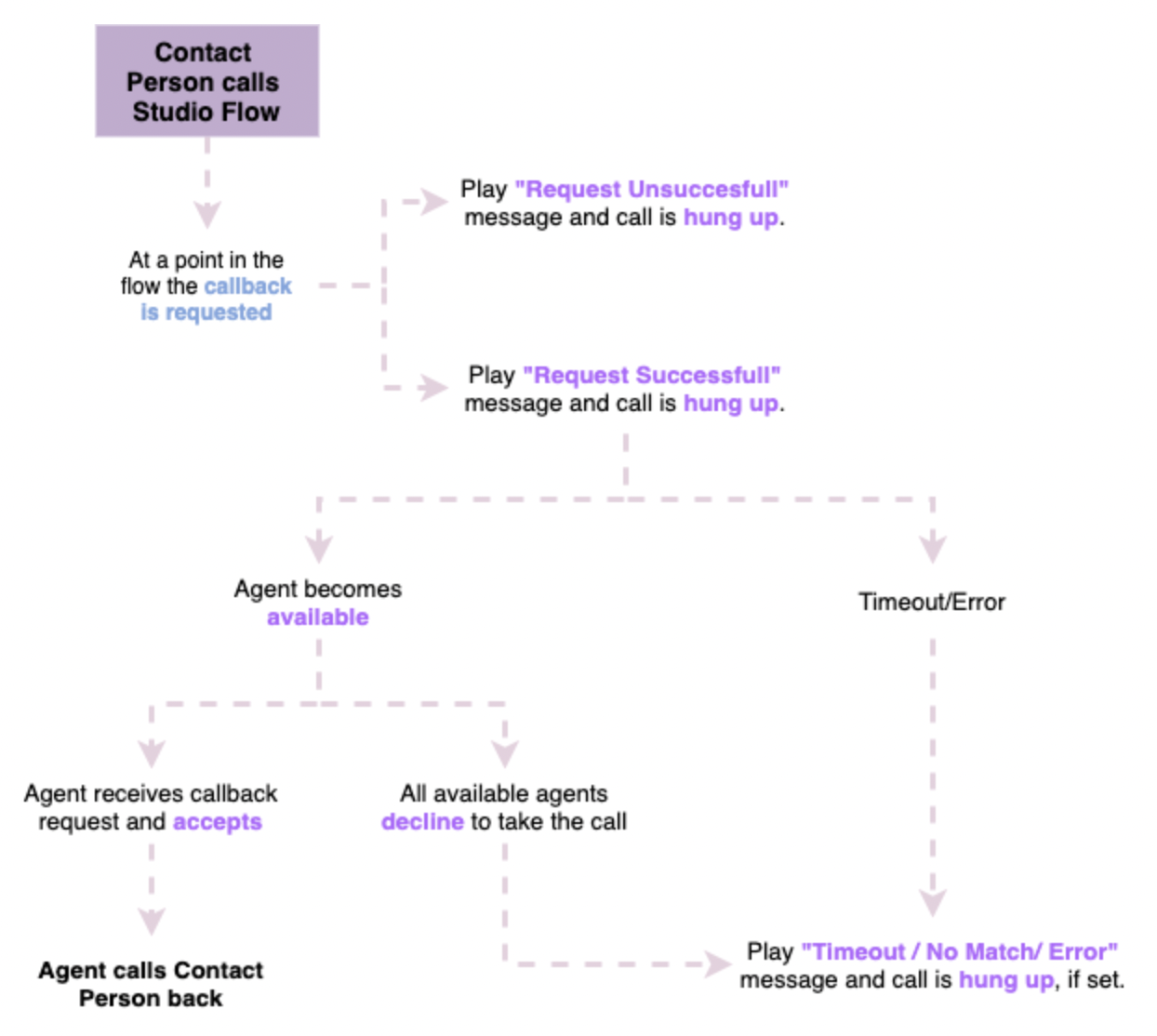 According to the flow definition, the Request Callback from Queue component should be added after defining a message informing the callers they can request the callback (this can be done on the waiting message of the A&D or by using a play message, for example).

When the caller hears the message and presses the key for the callback option, they will listen to the message defined in the “Request successful” field of the “Request Callback from Queue” component, and the call is hung up. If the request was unsuccessful (an error occurred during the request), the caller will hear the “Error in request” message and the call is also hung up.

The agent is presented with a screen pop with the caller's information: name, phone number, callback request time, which queue the caller was waiting in, and which phone number was dialed.

Customers will only remain in the waiting queue up to the limit defined in the [component (https://studio.talkdesk.com/docs/preferences-callback#maximum-waiting-time). If the time defined to wait for an available agent is reached, and there are no available agents, the call will exit the waiting queue. By default, customers will not receive a message informing them of the timeout, but it can be set at the component level. This message will be played to the customer in case there’s a timeout, agents don’t pick up, or there’s an error.

Calling Back Use Cases

If the caller who left the callback request does not answer the phone when the agent calls back (and the agent can’t leave a voicemail), the agent will hear: “This was a queue callback, but the customer didn't answer. Hanging up now. Goodbye." The call will be considered a “Missed Call” and the contact as an “Answered Contact”.

When a customer is in the callback queue and gets to the top of the queue, if all available agents decline to take the call, the caller will receive a call with an informative message if this is set up in the component and the callback disappears from the contacts list on Live. The call is considered an “Abandoned Call” and the contact is marked as “Missed”.

Callback calls aren't charged while waiting in the queue, only when they get served.